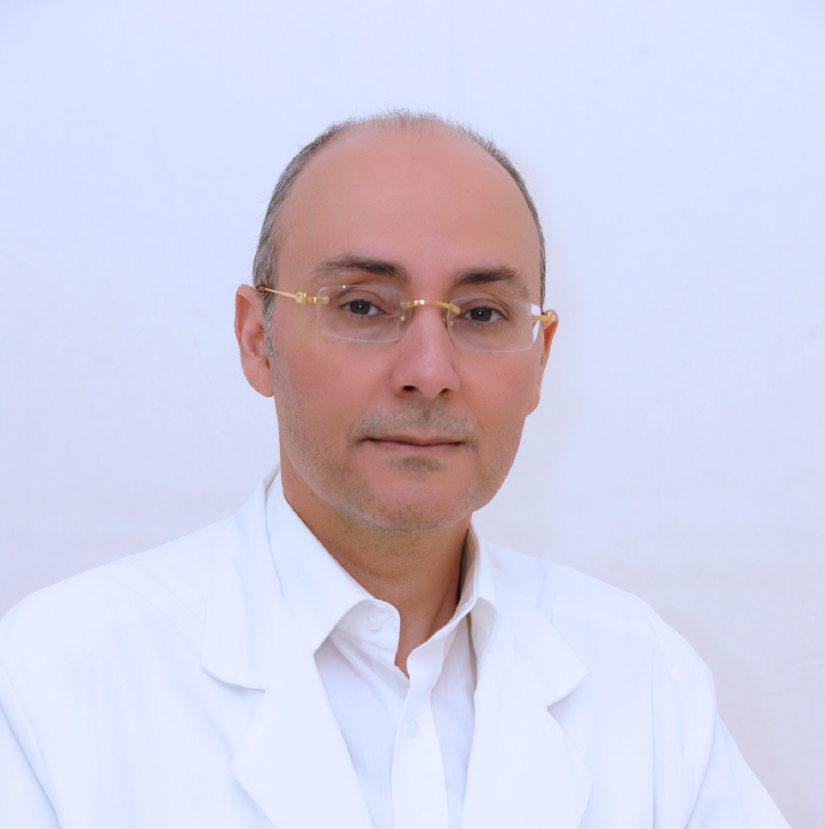 Dr Wael Al Mahmeed is no stranger to World Heart Day. Since the campaign first launched in the late 1990’s to promote heart health, he has been among its most avid supporters. He remembers printing and circulating the campaign posters and translating the leaflets into Arabic. Speaking from Abu Dhabi, he shared insights about treating heart disease and the environmental and social factors that sometime affect efforts of patients and cardiologists.

Echocardiography is Dr Al Mahmeed’s specialism. Having been a cardiologist abroad, he returned to the United Arab Emirates (UAE) where he has been practicing for more than 25 years, eager to contribute to better heart awareness and disease outcomes in his native region. He is also a Board Member of the Gulf Heart Association.

“Prevention is now my focus area and it is a particularly challenging one, along with advocacy,” he said, adding that most people will wrongly respond “cancer” when asked about the world’s number one killer. This is despite the fact that it is actually heart disease, claiming more than 18 million lives around the world each year.

Risk factors for heart disease include tobacco use, hypertension, diabetes, obesity and high cholesterol, and are no less prevalent in the UAE. Here, heart disease is said to affect many people in their 50s and even younger. A genetic pre-disposition to high cholesterol is a particular research area about which Dr Al Mahmeed is spreading awareness. Called Familial Hypercholesterolemia (FH), it appears to be more common than often thought, “striking closer to 1 in 300 persons, not 1 in 500.”  As with heart disease overall, patient awareness of FH is also low. In the event of blood tests that find the gene (tests screen for three or four possible indicator genes), follow-up is often minimal or patients are reluctant to pursue treatment. It often takes a patient having had a heart disease episode, or knowing someone who has, before diagnosis and treatment are taken seriously.

Dietary habits, physical exercise and good sleep and rest are the ABCs of heart health. Economics and advertising can make healthy steps challenging: the onslaught of fast-food chains, sweetened beverages, refined starches or carbohydrates, and all of these combined with the absence of portion control make the work of health prevention and better health policies seem like an uphill battle. But for patients, even small changes can be beneficial.

“Nutritionists, pharmacists, and patient educators are a vital corps in the battle to maintain and restore healthy hearts, complementing the work of physicians. Care-givers from every discipline and sector can help patients take initial steps so that they see that change is challenging but need not be daunting or insurmountable,” said Dr Al Mahmeed.

The region is a fertile ground for change. Despite experiencing a “health culture shock” upon returning, Dr Al Mahmeed has seen progressive change in the last two decades. There are significant improvements in tertiary care and continuing state-of-the-art treatment at hospitals, supported by smoother systems in billing and insurance claims’ processing. Heart health experienced a setback in the early days of the Covid-19 pandemic, with some patients having missed follow-up visits altogether, for fear of contracting the disease. Telemedicine has definitely helped patients with “chronic stable disease” but is less practical for new patients needing blood tests and heart scans.

As we discuss digital health, Dr Al Mahmeed holds up his “Covid mobile app” complete with every PCR test taken and the relevant QR codes. His mobile registry is set in a background of red signifying that yes, unfortunately he has contracted Covid-19. He is speaking to me on his 14th day of quarantine. He has not had a severe form of the disease thanks to having been vaccinated and takes the opportunity to urge vaccination, especially for those with underlying conditions that include heart failure, diabetes and hypertension. It is a critical part of the crusade to promote prevention, the cause so dear to his heart.

Dr. Wael Al Mahmeed, MD, is a Staff Physician in the Heart and Vascular Institute at Cleveland Clinic Abu Dhabi. Prior to joining Cleveland Clinic Abu Dhabi, Dr. Al Mahmeed served as Head of Cardiology at Sheikh Khalifa Medical City (SKMC), Abu Dhabi. He was also the Deputy Chief Medical Officer during his time at SKMC. Dr. Al Mahmeed received his medical degree from the University of Southampton, Southampton, England. He completed his residency in Internal Medicine at the University of British Columbia, Vancouver, Canada and his fellowship in Cardiology and Echocardiography at the University of British Columbia, Vancouver, Canada. He is a Fellow of the Royal College of Physicians and Surgeons of Canada. He is also a fellow of The American College of Chest Physicians, The American College of Physicians, The American College of Cardiology, The European Society of Cardiology and The Asian Pacific Society of Cardiology.