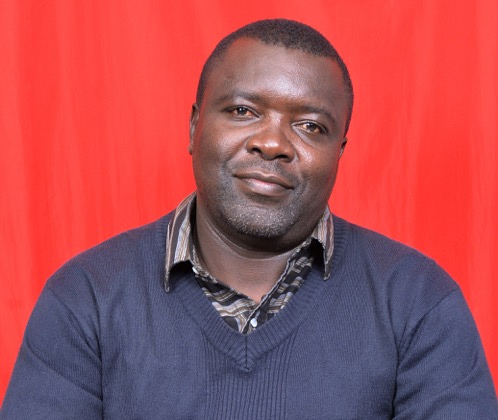 I head the JJ Heart Run, an organisation whose objectives are to create more awareness about cardiovascular disease and raise funds to set up a cardiac hospital in Vihiga County, Kenya. Ultimately, I want to mitigate the adverse effects of CVD and achieve a healthy society free from heart-related ailments.

I’m not a medical practitioner – I’m a journalist – but my motivation for this comes from a personal ordeal that left me without a father and nursing an ailing mother. CVD claimed my father’s life and has now affected my mother, who is on medication but has very little capacity to contain the disease.

That’s why I decided to set up my organization. I wanted to run a campaign against CVD, reaching out to victims who were suffering in silence and try to prevent new cases arising.

In March 2018 I embarked on a 400km run from my ancestral home Vihiga to Nairobi, the administrative capital of Kenya. This was to both raise awareness of CVD and raise funds for a well-equipped cardiac hospital. Along the way, I met people from all walks of life who were passionate and generous enough to support me with the little they had. Leaders across the country and the Governors of the counties I passed through also applauded my efforts and pledged their support to make this hospital a reality.

When I finished the run I had raised 3 million Kenyan shillings, which was 57 million shy of the 60 million target.

I have now launched a nationwide circuit that will reach out to many people with or at risk of CVD right across the country. The run was hard work but my efforts paid off. The government have now deployed a Cuban cardiologist to Vihiga County Referral Hospital.