His research focuses on linkages between the built environment and human health, with specific interest in transportation-related and biomass air pollution, the global health impacts of air pollution and the relationships between multiple exposures mediated by urban form and population health.  He has participated in monitoring and epidemiological studies throughout the world and served on advisory committees to the World Health Organization, the Climate and Clean Air Coalition, the US National Academy of Sciences, the Royal Society of Canada, the International Joint Commission and governments in North America and Asia. He is an Associate Editor of Environmental Health Perspectives.

His contributions to environmental health have been acknowledged by a number of awards including the Wesolowski Award from the International Society of Exposure Science, WH Thurlbeck Prize for Research in Lung Disease, the Bastable-Potts Asthma Research Prize, the Distinguished Achievement Award for Overall Excellence from the UBC Faculty of Medicine and several publication awards

Dr. Narantuya Davaakhuu is a medical doctor and an expert in internal medicine. She serves as the General Director of the National Center of Public Health in Mongolia and a member of the Hospital and Labor Accreditation Commission. She is also a lecturer at the Global University of Mongolia and a consultant physician at the Khumuun Med clinic

Dr. Davaakhuu also serves as the Head of the Sub-Technical Committee for Heart Infarction Clinical Guidelines and a member of the Emergency Council in the Ministry of Health of Mongolia. She is also the Secretary-General of the Mongolian Heart Association. 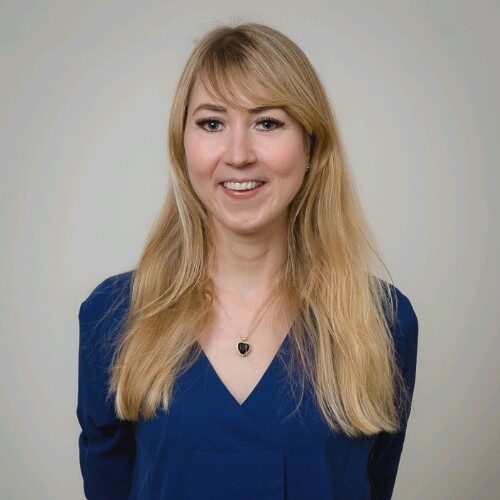 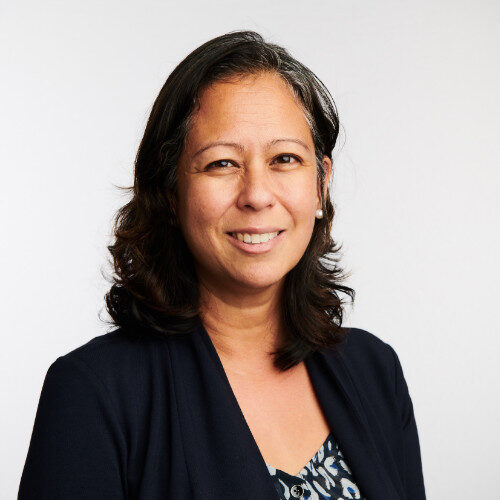 Sumi Mehta has over 20 years of experience at the intersection of health, environment, and development, with a focus on air pollution and household energy. She has expertise in epidemiology, exposure assessment, comparative risk assessment, and cost-effectiveness analysis, extensive field experience in South, and Southeast Asia, and has also worked in Africa, East Asia, and Latin America. Previously, she served as the Senior Director of Research and Evaluation at the Global Alliance for Clean Cookstoves, lead scientist for the Health Effects Institute’s international program, and a health policy analyst in the Evidence and Information for Policy group of the World Health Organization.

He is an Editor for the peer-reviewed journals Particle & Fibre Toxicology (Impact Factor: 8.65) and Frontiers in Cardiovascular Medicine. He is a co-opted member of COMEAP; the UK government advisory committee on the health effects of air pollution.

Dr Miller’s main area of research is the cardiovascular effects of air pollution, which is believed to be responsible for up to 7 million deaths worldwide per year. The research aims to determine the biological pathways through which inhaled particles are able to cause their detrimental actions on the cardiovascular system. The work centres on the action of combustion-derived nanoparticles, e.g. those in diesel exhaust, addressing which features of these particles drive their harmful actions. This research also extends to manufactured nanomaterials, which are being developed for an ever-increasing number of applications. These materials share many of the same characteristics as environmental nanoparticles, yet their ability to cause harm remains to be established, especially within a cardiovascular setting.

“My research investigates the cardiovascular effects of air pollution, which are believed to be responsible for killing millions of people worldwide every year. I specialise in the biological mechanisms by which inhaled nanoparticles lead to detrimental effects on multiple aspects of the cardiovascular system. This work also encompasses engineered nanoparticles, the manufacture of which is increasing on an exponential scale for a diverse range of applications. These nanoparticles share many of the physicochemical properties with environmental particles, yet their potential to cause cardiovascular harm has received very little attention. I also have an interest in atherosclerosis, the vascular endothelium, nitric oxide and oxidative stress. Our group specialises in in vitro and in vivo models of vascular function, with immediate translational links to clinical research and public health.” 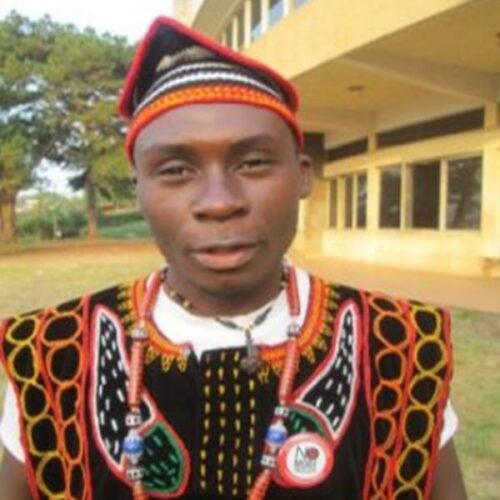 Mr. Elvis Ndikum is Coordinator of the Global Youth 4 Clean Air and Climate Health Action (Working Group). He is an air health trainer with the World Organization of Family Doctors (WONCA) training health care professionals on the need to advise their patients related to mitigation actions needed to protect their health from air pollution. Elvis is a civic leader and President at the Association for the Promotion of Youth Leadership, Advocacy and Volunteerism Cameroon (APYLAV).

Elvis recently organized two 2020 Lancet Countdown Launch Events on tracking progress in actions related to health and climate change in Cameroon, hosted by the Ministry of Public Health through the Centre Regional Delegation of Public Health and the Mbankomo Health District. Elvis’s career has focused on global clean air campaigns to reduce NCD’s, with lung disease prevention a priority.

Elvis is a founding member of the INSPIRE campaign a Vital Strategies initiative by communities and clinicians-partners in clean air advocacy. Elvis is Faculty within The Union Air Pollution and Lung Health Working Group, presenting session on Introduction to advocacy and communication during the Pan African Thoracic Society (PATS) and South African Thoracic Society(SATS) joint congress in Durban, South Africa from 12-15 April 2018. Elvis is a collaborative representative of the Global Asthma Network in Yaounde, Cameroon. Selected as Principal Investigator for the Global Asthma Network in Yaounde, Elvis has completed collecting first global data through research with focus on Asthma, Allergies and Eczema related to health and environmental risk factors. With 2652 respondents (724 children 6/7 years, 1067 adolescents 13/14 years, and 861 parents). Evidence from this global research is used to provide solutions towards policy change aiming at reducing asthma by 50% by 2025. 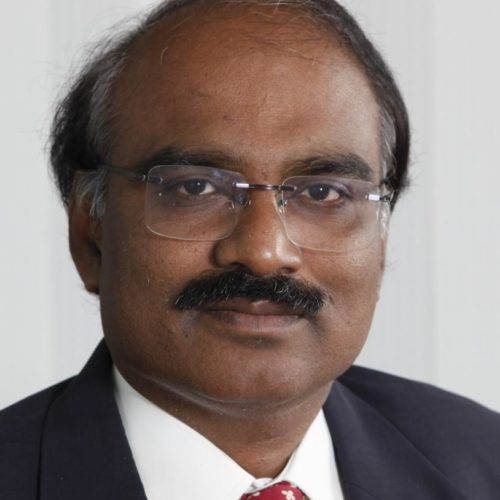 Professor D. Prabhakaran is a cardiologist and epidemiologist by training. He is an internationally renowned researcher and is currently the Vice President- Research & Policy, Public Health Foundation of India, Executive Director of Centre for Chronic Disease Control, New Delhi, India and Professor (Epidemiology) London School of Hygiene and Tropical Medicine, UK. He heads the Centre for Control of Chronic Conditions at PHFI which is a joint initiative of four leading institutions (Public Health Foundation of India, London School of Hygiene and Tropical Medicine, All India Institute of Medical Sciences, New Delhi and Emory University). This centre conducts cutting edge research in the prevention of chronic diseases in India and the developing world.

His work spans from mechanistic research to understand the causes for increased propensity of cardiovascular diseases (CVD) among Indians, to developing solutions for CVD through translational research and human resource development. Prof. Prabhakaran is a Fellow of the Royal College of Physicians, UK, Fellow of the National Academy of Sciences, India, and an Adjunct Professor at the Emory University. He is member of Executive Council of the International Society of Hypertension (ISH) and Chair of the International Society of CVD Epidemiology and Prevention (ISCEP). He has received funding from NHLBI, Wellcome Trust, European Commission and several other international and national funding bodies. He has mentored over 50 post-doctoral and doctoral students so far. He has authored several chapters and over 500 scholarly papers with an H index of 97. Listed as the topmost researcher in Medicine in India terms of publications for the years 2009-2014 by Scopus and Department of Science & Technology, Government of India. He is the lead editor of the Cardiovascular Disease Volume of the latest Disease Control Priorities Project. He is the lead editor of Tandon’s text book of Cardiology a two volume comprehensive book on Cardiology for Indian Cardiologists and Fellows.

Dr. Su has 28 years of experience in academic research and teaching in the fields of preventive cardiology, hyperlipidemia, and occupational and environmental medicine. In the past 2 decades, he investigated the impact of environmental pollution on subclinical cardiovascular diseases and endocrine/metabolic health, particularly air pollution and endocrine disrupting chemicals on cardiovascular health in susceptible populations. He led a familial hypercholesterolemia (FH) cohort study and hyperchylomicronemia genetic study in Taiwan since 2008, and established a platform of next generation sequencing for molecular genetic study of FH in National Taiwan University Hospital.

Investigator of Taiwan since 2014. He was appointed as the Director, Department of Environmental and Occupational Medicine, National Taiwan University College of Medicine since 2018 August. He has published more than 200 papers in famous peer-review journals.

I am passionate about my career goal of working towards the improvement of global cardiovascular health with particular focus on low-resource settings. I am working towards this goal through a combination of clinical service, academic research, training, and advocacy. I am a clinician and cardiologist dedicated to building capacity to improve delivery of cardiovascular care in low-resource settings.

In addition to my research and clinical activities, I am deeply committed to capacity building in both the clinical and research arenas. Over the past decade, I have mentored several dozen trainees, leading to several abstracts, publications, and research awards.

I have been recognized for this work by several domestic and international organizations, including the American College of Cardiology, American Heart Association, National Institutes of Health, and the Global Alliance for Chronic Diseases. I am an editorial board member of several cardiovascular and global health journals.