7 million people die every year because of air pollution, which is responsible for 25% of all CVD deaths.

The WHF Air Pollution Policy Brief highlights the need for policies and investments that support a reduction in air pollution at all levels of society, including cleaner transport, energy-efficient homes, power generation, industry regulation, access to clean fuels and technologies, and better municipal waste management, which can effectively reduce key sources of air pollution. 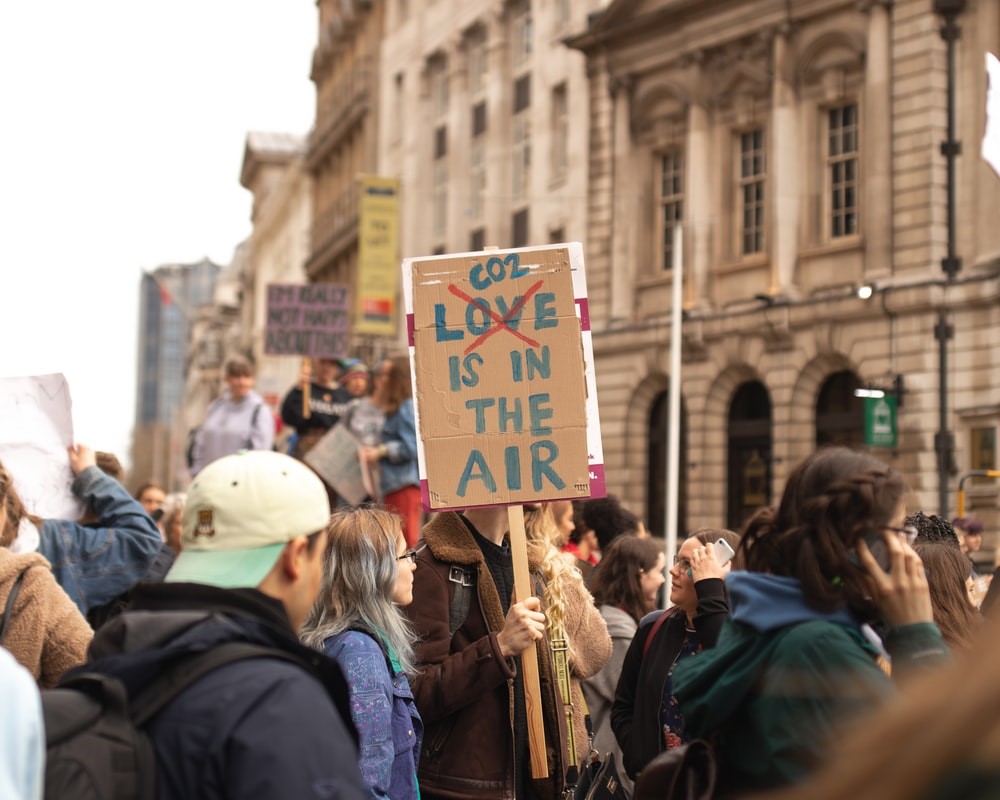 Air pollution and its impact on people’s health have become a significant issue on the global health agenda. Nine in ten people worldwide breathe polluted air, which disproportionately affects those living in low-resource settings. According to the World Health Organisation (WHO), more than twenty percent of all cardiovascular disease deaths are caused by air pollution—the equivalent of more than 3.5 million deaths every year.

7 million people die every year because of air pollution

Air pollution is responsible for 25% of all CVD deaths

“Even before the COVID-19 pandemic, air pollution was an issue of growing concern due to its impact on people’s health, although it was frequently overlooked as a risk factor for cardiovascular disease. COVID-19 has brought a new, deadly factor to the equation, and the time has come for the health community to speak up and take action.”

Air pollution is a complex and dynamic mixture of numerous compounds in gaseous and particle form, originating from diverse sources, subject to atmospheric transformation and varying over space and time. Three common air pollutants, particulate matter (PM), ozone and nitrogen dioxide (NO2), are the focus of most monitoring programs, communication efforts, health impact assessments, and regulatory efforts.

Evidence for impacts on cardiovascular disease is most consistent for particulate matter, which is responsible for the vast majority of the disease burden via its impacts on ischemic heart disease, and stroke, as well as lung cancer, COPD, lower respiratory infections, Type 2 diabetes, pregnancy outcomes and related infant mortality. Ozone is mainly associated with exacerbation of respiratory disease, with COPD incidence and mortality and with metabolic effects. NO2 is often used as an indicator of traffic-related air pollution. Chronic exposure to NO2 is associated with incident childhood asthma while short-term variability is associated with exacerbation of asthma and increased daily mortality counts.

Air pollution increases the risk of CVD largely through particulate matter 2.5 (PM2.5). PM2.5 are tiny particles with various composition of noxious substance that cross the alveolar barrier and either destroy endothelial cells directly or act through endocrine disruption causing either acute coronary syndrome, coronary artery disease and their risk factors such as hypertension, obesity and diabetes. In India, for example, most urban locations have a poor air quality index with PM .5 levels well above the recommended limits. The highest ambient air pollution levels are in the Eastern Mediterranean Region and in South-East Asia, with annual mean levels often exceeding more than five times the limits recommended by WHO, followed by low and middle-income cities in Africa and the Western Pacific. Reportedly 60% of Indian cities have PM2.5 levels above the National Ambient Air Quality Standards.

The World Heart Federation is committed to reducing the impact of air pollution on people’s health and we have made it a priority area in our global advocacy efforts. We are taking action in three key areas to address the issue of air pollution and CVD: research, advocacy, and education.

Just as it affects all systems of the body, air pollution requires a multi-system and multi-sectoral response. The health sector as a whole, which bears the impact of air pollution, can provide much-needed support for ministries of environment, energy, and transportation, which are traditionally responsible for mitigation efforts. The World Heart Federation is advocating for senior decision-makers in national, regional and global governmental institutions to make air pollution related heart disease a priority and to identify interventions to reduce air pollution and its impact on NCDs.

Yet while structural actions to mitigate pollution emissions are ultimately necessary to reduce harmful exposures, health care providers can play several important roles before such mitigation is achieved. First, clinicians can advocate for air pollution mitigation as a health measure. Second, clinicians can provide patients with personal measures to reduce exposures and associated risk at the individual level. And finally, health care providers can integrate air pollution into disease management approaches. Through its Air Pollution Expert Group, WHF is working with the WHO to increase the development and use of clinical guidelines and toolkits on air pollution and cardiovascular disease to ensure its Members are equipped to counsel their patients on the risks of air pollution, while also supporting educational and policy initiatives to reduce air pollution exposure. 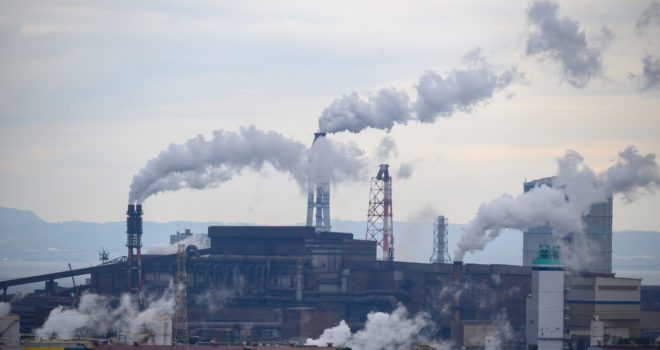 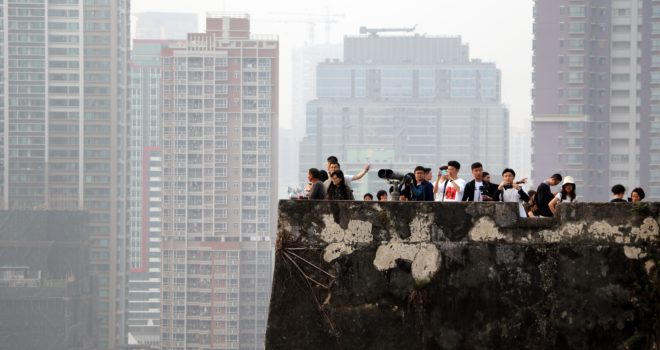 This is an open letter to universities and all education stakeholders from the WHO-CS Working Group to advance action on Health and Climate Change, of which the World Heart Federation is a proud member.  Global health challenges are emerging as environmental and climatic changes disrupt all societies worldwide. Health systems and patient needs will be […]

This is a statement made at the 72nd Session of the WHO Regional Committee for the Western Pacific Region on climate change, environment and health.   Air pollution is one of the most important risk factors for heart attack, stroke, diabetes and respiratory diseases, and exposure to air pollution has also been linked with increased vulnerability […]

GENEVA (11 October 2021) –  The World Heart Federation has joined a global call to action for governments to update their national climate commitments under the Paris Agreement, in line with their fair share of limiting warming to 1.5°C. The call comes ahead of the UN climate conference (COP26) in Glasgow, UK as more than 300 […]

GENEVA (7 September 2021) – The World Heart Federation (WHF) has developed a new policy brief aimed at reducing the negative impacts of air pollution on people’s cardiovascular and overall health. Together with high blood pressure, unhealthy diets and physical inactivity, air pollution is one of the most important risk factors for heart attack, stroke, […] 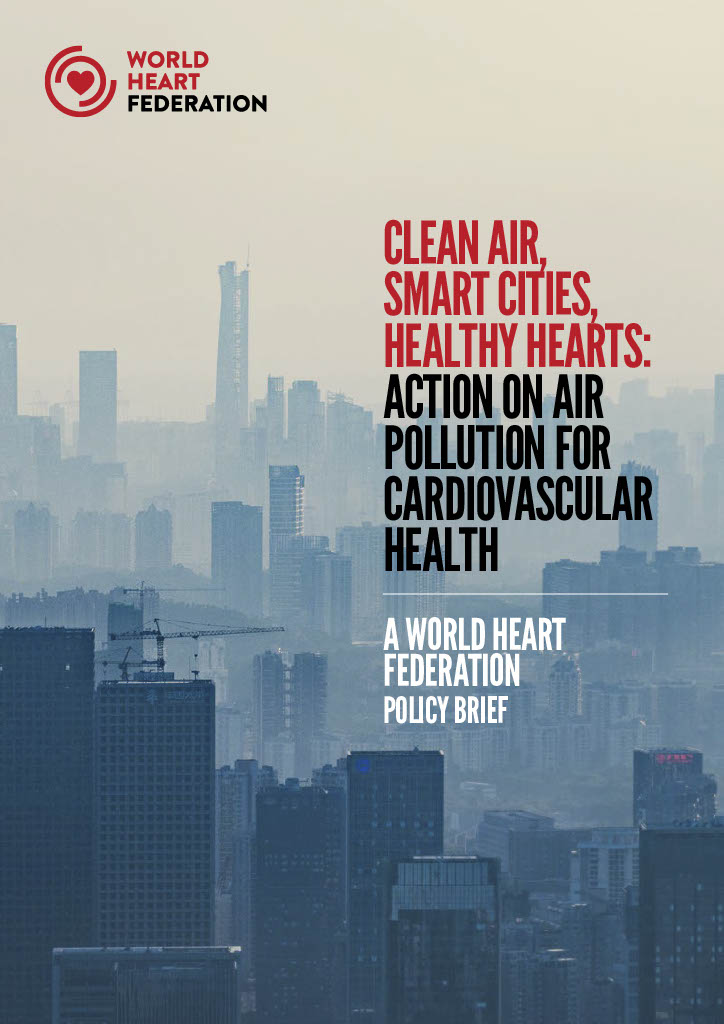 The most common heart attack symptom, in both men and women, is some type of chest pain, pressure or discomfort. But chest pain is not always the most noticeable symptom, especially in women, who are more likely to experience it as pressure or tightness in the chest. They may even have no chest pain at […]

The Canadian Heart Failure Patient & Caregiver Charter was selected as the Effective Voice of the Year Campaign at… https://t.co/1rGhBX8sWb