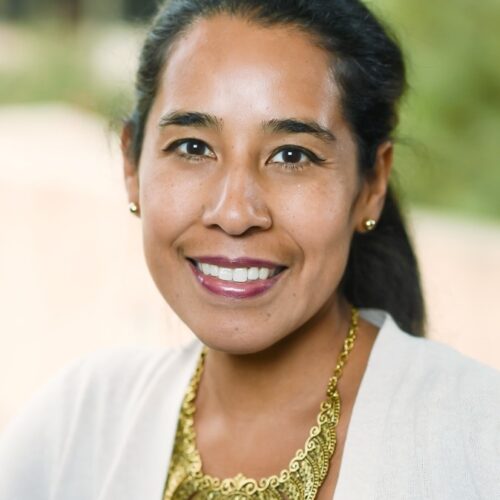 Diana is currently a Director, Global Advocacy, American Heart Association, Washington D.C. She leads the  global advocacy  portfolio  across  the  organization. Primary spokesperson for communicating organization’s science   and policy   positions within   global   forums.   Cultivate   and   manage   relationships   with   partners   and   key decisionmakers in the public and private sector.  Manage volunteer and staff leadership in support of global programming.  Identify allies and partners to advance mission and secure funding for the execution of new advocacy initiatives. Secured organization’s accreditation to the United Nation’s Economic and Social Council and special consultative status to the World Health Organization. Executed global programming that defined global stroke and cardiovascular advocacy priorities. Closed over $1 Million dollars of new revenue for advocacy programming. Executed high level ministerial meetings that lead  to market  access  for evidence-based programming and policy adoption. Served as chair for two D.C. based global coalitions securing the inclusion of report language to U.S. global funding at the U.S. Agency for International Development.

Diana served as a Director, Fellowships & Stakeholder Relations, American Cancer Society, Washington D.C. from May 2003 to October 2009 where she developed partnerships with organization’s affiliates to support the execution of a capacity building program focused on nascent cancer societies globally.  Actively engaged with regional boards and staff leadership to secure financial support to fund fellowship program.  Led a matrix team and interns to facilitate the administrative processes related to grants and development of progress reports. Provided expert advise and technical assistance in key functional areas important for mission impact.

Before that Diana worked as Manager, Human Resources Development, American Cancer Society, Atlanta, GA from April 2001 to April 2003 where she developed  and  implemented  a  national  diversity  training  and  education  initiative  across  staff  and  volunteers.    Lead trainer and content expert on cultural awareness and sensitivity curriculum.  Provided guidance, consultation, and field support  on  diversity  and  organizational  development  issues,  specifically  the  development  of  diversity  plans and  key performance metrics.  Assessed organizational issues relative to diversity and its impact on organization’s programs and services. Designed solutions to organizational issues relative  to diversity and their potential impact on programs and services. 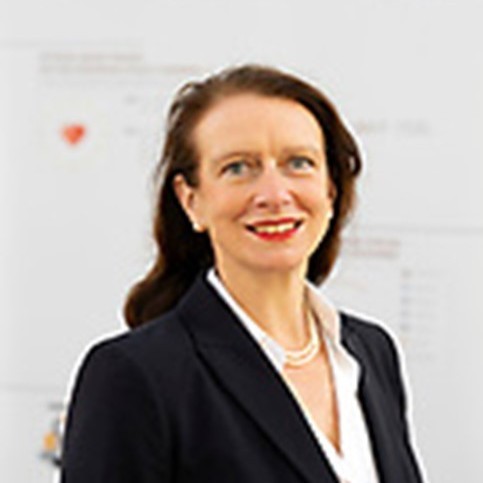 Birgit Beger is the CEO of the European Heart Network (EHN), a Brussels-based alliance of foundations and associations dedicated to fighting cardiovascular disease. A well-respected senior executive with nearly 20 years of EU public policy experience, with a focus on leading European Professional Associations. Her senior management skills and diplomatic outreach to all political levels, both at the national and European level, have brought considerable added value to the leadership roles she has held during her tenures as CEO of the European Cancer Organisation (ECCO), and as Secretary General of the Standing Committee of European Doctors (CPME). She represented CPME and ECCO towards WHO-Europe and CPME at the World Medical Association. Ms Beger’s academic background is in law with a specialisation in EU law/International Public Law and Political Science. She holds master’s degrees in both, as well as a second state exam for practising law. She is a member of the Berlin Bar since 2000. 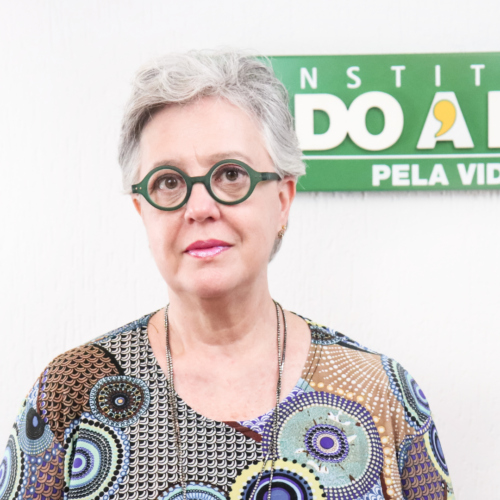 Fernanda de Carvalho is a journalist, specialist in stakeholder engagement and reputation management. Before joining Instituto LAL, in 2016, she worked for almost 25 years as a corporate communication senior executive in global companies such as Ford Motor Company and Royal Philips and also acted as a trusted advisor for senior executives in different areas.

She coordinated teams in Brazil and Latin America with active participation in global communications and crisis management committees. Her responsibilities as Public & International Director of Instituto Lado a Lado pela Vida (LAL) are to establish relationships with public and private organizations, in Brazil and abroad, to expand the actions of LAL as an organization dedicated to positively impact healthcare in Brazil, in the areas of cardiovascular disease, oncology, and women’s health. She works with the President of LAL in the organization of events dedicated to the sustainability of health in Brazil, such as The Global Forum Frontiers of Health.

Fernanda is the LAL representative to the Heart Failure and Heart Valve Diseases Councils of the Global Heart Hub. She is also a member of the Global Heart Hub, in the international team that works with The Invisible Nation, a worldwide network of patient organizations committed to driving a decline in cardiovascular death by effecting systemic change in atherosclerotic cardiovascular disease (ASCVD). The objective of The Invisible Nation is to engage policymakers, healthcare systems, and others to change the way ASCVD is identified, managed, and ultimately, prevented. 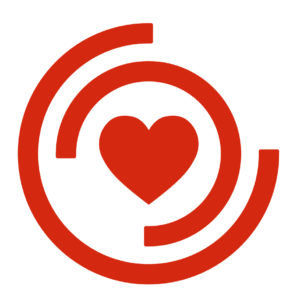 Dr. Lilian Mbau is a medical doctor and a public health practitioner. She is currently the Chief Executive Officer (CEO) of Kenya Cardiac Society (KCS). She holds a Master of Public Health degree from Moi University and a Global Executive Master of Business Administration in Health from United States International University. She furthered her training on Non-Communicable Diseases (NCDs) by attending a specialized training at the London School of Tropical Medicine and Hygiene looking at Issues on Global NCD as well as a completing a Postgraduate Diploma in Diabetes from the University of South Wales. She is currently pursuing a Postgraduate Diploma in Preventative Cardiovascular medicine at the University of South Wales. Dr. Mbau has also completed a Global Health Leadership Fellowship program with the Afya Bora Consortium and is an awardee of the Global Scholars Cancer Advocacy grant from the American Cancer Society. She has extensive experience managing large scale NCD projects in resource limited settings as well conducting advocacy for prioritization of NCDs. Her areas of interests are increasing access to quality and affordable health care for patients with NCDs with a special focus on Cardiovascular Diseases (CVDs) as well as preventative and rehabilitative health.
Dr. Lilian Mbau
CEO, Kenya Cardiac Society

Mr. Ronnie Bissessar is an Attorney- at- Law in private practice and is the Head of Chambers of Lawgivers. He is also a Mediator (Civil Non-Family Matters) certified by the Mediation Board of Trinidad and Tobago and the University of Windsor Faculty of Law and has served as Arbitrator.

Mr. Bissessar is the President of the Trinidad and Tobago Heart Foundation and a Director of the InterAmerican Heart Foundation (based in Texas, USA) and the Healthy Caribbean Coalition (based in Barbados). He is a former Vice President of the Assembly of Southern Lawyers and Past President of the Rotary Club of San Fernando South and has received a Paul Harris Fellow which is Rotary’s highest honour. Mr. Bissessar has served in numerous leadership capacities in respect of non-governmental organisations, charities and philanthropic groups.

Mr. Bissessar is a Senior Ordinary Member of the Council of the Law Association and a former Chairman (and now Director) of the Caribbean Corporate Governance Institute which is a non-profit foundation whose principal objective is to encourage corporate governance best practices regionally; Mr. Bissessar is co-founder of the Trinidad and Tobago Legal Network which promotes and provides continuing legal education to members of the legal profession.

Mr. Bissessar is a Barrister at Law with a commercial and public law practice and he has represented the Republic of Trinidad and Tobago in contentious proceedings involving the CARICOM Commission at the Caribbean Court of Justice. He practices extensively as Counsel in heavily litigious claims in public and administrative law, constitutional proceedings, company law, defamation claims, trade and industrial disputes and land law.

Mr. Bissessar and Lawgivers has and continues to serve as external Corporate Secretary and Legal Advisor for several State Enterprises and special purpose State companies and has presented seminars on behalf of Corporation Sole to newly appointed Chairs and Directors of State Enterprises. 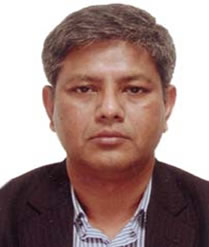 Md. Shamim Hayder Talukder has been leading the non-government organization Eminence Associates for Social Development (www.eminence-bd.org) since it’s inception in August 2003. As a dynamic leader he extended his current position at global level as the President of the International Society for Urban Health (ISUH) in 2015-2017. Under his headship, Eminence recognized itself as an affiliated member of the several international association such as “International Diabetes Federation”, “World Heart Federation”, “Union for International Cancer Control”, “International Epidemiological Association”, and “Population and Sustainable Development Alliance” etc.
Academically Dr. Md. Talukder completed his medical graduation (MBBS) from Rajshahi Medical College, Bangladesh followed by his Masters in Philosophy (MPhil) degree in International Community Health from Oslo University, Norway. Public health, clinical research and training are the key concern areas of his activities. He also has keen interest in implementing community-based program through different innovative ideas and approaches. Dr. Talukder is running a number of development related philosophical global campaigns on community business model for ensuring the utmost ethics in business for development. He is also working to ensure the global development and enhancing the positive deviance of human relationships. 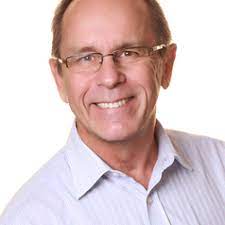