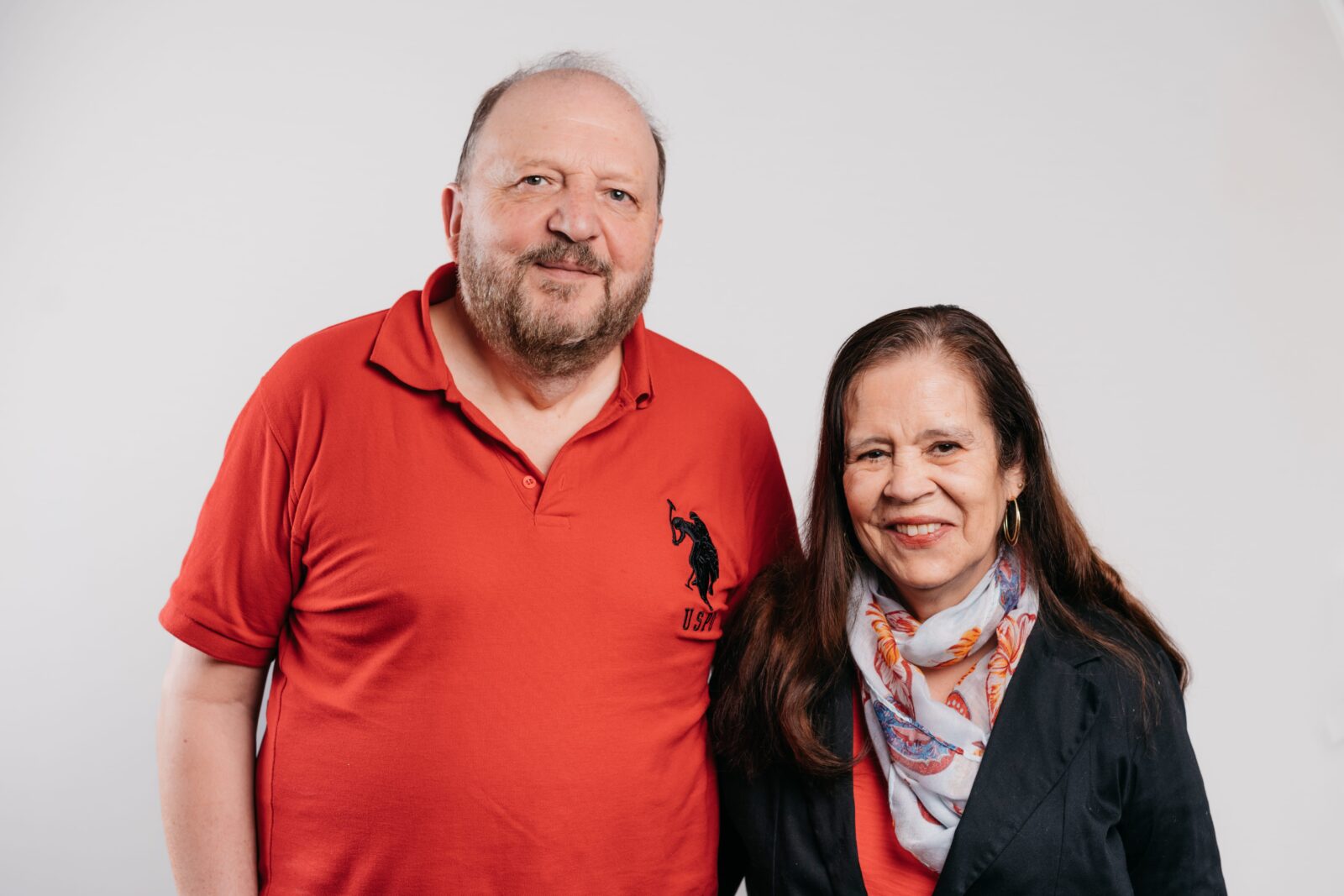 In-person interview with Salvadora and her husband Philippe conducted at the World Heart Federation, Geneva.

Every day, Salvadora remembers that at just 26 years of age, her brother suddenly dropped dead. No cause was ever determined although another brother was later identified as having heart problems. Heart disease and heart failure are often linked to lifestyle or heredity; unfortunately, heart disease can also result from the bite of a bug, an unsuspecting cause leading to a neglected disease called ‘Chagas,’ named after the Brazilian physician who identified it.

We sat down with Salvadora as she shared her story, often through the detailed recounting and tear-filled eyes of her partner and caregiver. They both recall it as though it was yesterday although her troubles date back decades. In the mid 80’s, Philippe Veyrat, a psychologist, was volunteering in Nicaragua building schools. Not liking his hotel accommodation, he ventured out and found a nicer place to stay. He also found Salvadora whose warm welcome he still remembers. You could say it was ‘love at sight’ in the rural village of Los Chocoyos and over the years, the couple travelled between Europe and Latin America.

Fast forward to June 2014, Managua, where Philippe and Salvadora were enjoying a getaway from that often harsh European winter. Salvadora began experiencing a persistent, hacking cough. It wouldn’t let up. Suspecting allergies when more than one type of cough syrup didn’t work, she tried an antihistamine. One day, while avocado-picking, vertigo surfaced as an additional symptom; night time brought no relief, in fact, she was now having trouble sleeping flat because of breathlessness.

Like her brother’s sudden death, the results of a cardiology exam seemed to come out of nowhere: Salvadora’s heart was enlarged and the radiologist told them straight away that things were not looking as they should. Following an echocardiogram, she received the unequivocal message that she might be in need of a heart transplant.

After rounds of medical visits, further tests and a long list of medicines including a diuretic for fluid buildup around the lungs, the couple was recommended to return to Europe and to ask for a test to look for Chagas disease. ‘Chagas, what’s that…?’ they both thought.  They were soon to find out when the doctor at Geneva University Hospital confirmed, via a blood test that revealed antibodies, that Salvadora had contracted Chagas disease and it was the source of her ills. She would need a pacemaker defibrillator, and a regimen of at least five medicines.

Now found beyond Latin America, Chagas disease manifests via often subtle symptoms and after long periods of dormancy – as many as 40 years from the first bite of the insect that carries the parasite Trypanosoma cruzi (T. cruzi). It is dubbed “the kissing bug” because it tends to bite a person’s face. The ensuing disease can diminish the heart’s ability to pump blood, leading to heart failure and can damage the digestive system. Salvadora tells us that she never recalled being bitten by ‘chinche’ as the bug is called in her country.

Chagas disease affects six to seven million people, mostly the poor, in areas often far from medical care or diagnostic facilities, and 14,000 people die from the disease each year while only 1 in 10 is diagnosed. With little local knowledge of the disease or its terrible complications, ‘chinche’ can run rampant and infect unsuspecting victims, unfortunately decades later. Even if a patient remembers being bitten, no real link is made with a seemingly banal event.  A Roadmap on Chagas Disease is a reference framework for tackling the disease but so much more research and public health investment is urgently needed to bring neglected diseases to light.

In 2018, again feeling very unwell, Salvadora was diagnosed with diverticulitis. This put extra strain on her already fragile heart and she suffered heart failure, spending five weeks in intensive care, hooked up to a device that would purify and supply oxygen to her blood. A ‘Left Ventricular Assist Device’ (LVAD) was implanted to improve her heart’s pumping function. The LVAD was in place for one year until the heart transplant in 2019 that then required four months of hospital stay and at least seven medicines to support her heart.

Salvadora’s morale in the face of so many setbacks is an inspiration. She says it’s because she feels lucky to have been able to access medical help, something too far too often from the reach of many. At her side, Philippe appears proud of his partner’s grit, even stoicism, and they are taking one day at a time. Heart care through proper nutrition, exercise and regular check-ups are crucial for all of us. In addition, Chagas disease warrants the attention of medical caregivers and health policymakers so that prompt screening, diagnosis and treatment can outstrip the latency of its life-threatening manifestations.