A preventable, treatable form of cardiovascular disease. RHD is the most commonly acquired heart disease in young people under the age of 25.

Rheumatic heart disease (RHD) affects the world’s poorest, most vulnerable populations and imposes heavy costs on the health systems that can least afford it. If left untreated, rheumatic heart disease can lead to heart valve damage, stroke, heart failure, and death. Treatment of advanced disease requires costly surgery that is unavailable in many parts of the world. In endemic countries, prevalence of this preventable disease is a stark measure of health system failure and inequality.

RHD is the most commonly acquired heart disease in young people under the age of 25. It most often begins in childhood as strep throat, and can progress to serious heart damage that kills or debilitates adolescents and young adults, and makes pregnancy hazardous.

Although virtually eliminated in Europe and North America, the disease remains common in Africa, the Middle East, Central and South Asia, the South Pacific, and in impoverished pockets of developed nations.

On World Heart Day 2019 in Maputo, Mozambique, WHF launched an educational initiative to raise awareness of RHD – a colouring book that teaches children, teachers and parents about the link between sore throat and RHD.

Mozambique has some of the highest rates of RHD in the world among schoolchildren.

33 million people around the world affected by RHD

A Global Resolution on Rheumatic Fever and Rheumatic Heart Disease

Following years of campaigning and advocacy from the RHD community, on 25 May 2018, Member States of the World Health Organization unanimously adopted a Global Resolution on Rheumatic Fever and Rheumatic Heart Disease at the World Health Assembly in Geneva, Switzerland.

This historic decision marks the first time that Rheumatic Fever (RF) and Rheumatic Heart Disease (RHD) have been recognised as global health priorities on the world stage. The Resolution was co-sponsored by countries from all six WHO regions, demonstrating the urgent need for a global response.

The taskforce has been split into three expert groups based on expertise:

Access to Surgery: The Access to Surgery group of the RHDTF is led by Professor Peter Zilla, a cardiothoracic surgeon based in Cape Town and longtime champion of RHD. Peter heads up the first ever global coalition of cardiothoracic societies dedicated to RHD, the Cardiothoracic Surgery Intersociety Alliance (CSIA) who, alongside the WHF RHD Taskforce shares the joint mission to develop and implement an effective strategy to address the scourge of RHD in low income countries through access to life saving surgery. The CSIA, aims to establish pilot surgical centers with the goal of capacity building for RHD surgery in low income countries.

Policy and Advocacy: The Policy and Advocacy group of the taskforce is concentrating its efforts on narrowing the treatment gap for RHD, in large part due to access and administration issues surrounding Benzathine penicillin G, currently the most efficacious medication for secondary prevention of Rheumatic fever and Rheumatic Heart Disease.

RHD Action is a global initiative that unites and empowers the rheumatic heart disease community. Led by a coalition of core organizations, RHD Action shares technical advice, advocacy support, and policy insights with partners and allies across the world. Together, we work to create positive change and better health outcomes for people living with RHD and their communities.

The RHD Action website contains a Resource Hub, which is the world’s largest repository of tools and resources for RHD. Materials are available in several languages, and include resources for health professionals, programme coordinators, advocates and people living with RHD. It also includes all resources previously available on the ‘RHD Net’ section of the World Heart Federation website. You can access the Resource Hub for free here.

RHD Action sends out a bi-monthly newsletter RHD Beat, which provides the latest global updates on RHD prevention and control. You can sign up here to subscribe to RHD Beat. 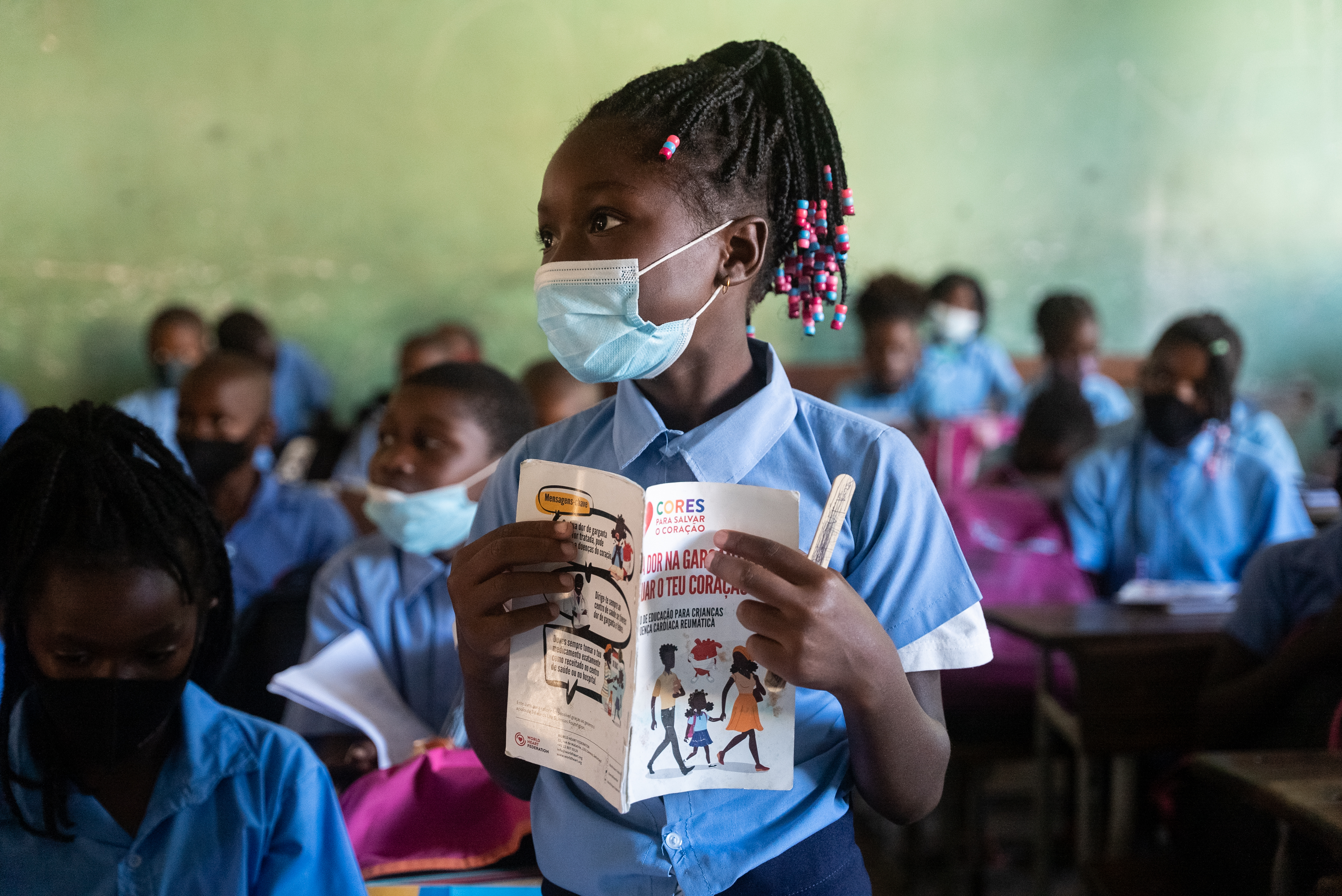 This editorial was authored by WHF Director of Policy and Advocacy Jeremiah Mwangi and was first published in FORESIGHT Global Health on 19 August 2021.  Preventable, yet persistent, Rheumatic Heart Disease (RHD) is the most commonly acquired heart disease in people under 25 years of age. The World Heart Federation (WHF) is committed to the […]

Geneva. 15 June 2021. Major health groups have joined forces to combat a largely ignored but preventable heart disease that affects more than 39 million people worldwide – as many or more than the number of people living with HIV AIDS — and claims more than 290,000 lives each year. In Africa, Colours to Save […]

RT @AngelaSKoh1: An honour to be selected for this cohort! Thanks World Heart Federation! Looking forward!

"If you had a magic wand to make the world more heart healthy, what would you do?" Thank you all for your commen… https://t.co/xbBkquvE50