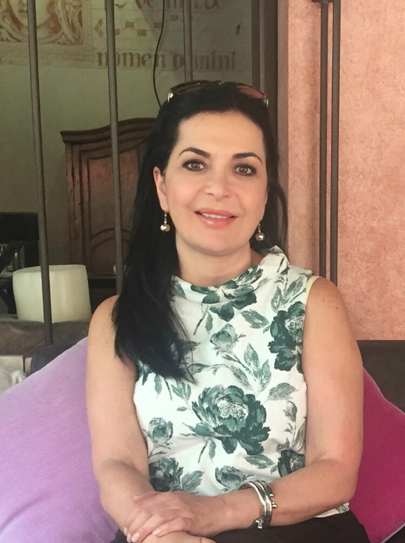 I’ve been an advocate for Latin American patients since the foundation of SLHP, as a pioneer not only for pulmonary hypertension patients but also for all pathologies of rare diseases in these patients. I am the Honorary Founding President and CEO of the Sociedad Latina de Hipertensión Pulmonar (SLHP), ex-member of the Board of Directors for the International Alliance of Patients Organization (IAPO), and member and representative of the Rare Diseases International (RDI) committee.

When I first started the project back in 2005, the aim was to raise awareness about pulmonary hypertension in Latin America. There were no patients’ organizations devoted to this, nor to help them access to medicines. Very few doctors specialized in the area and there was virtually no information available in Spanish.

Gradually, the project grew, and by 2017 the region has 20 pulmonary hypertension patients’ organizations across 16 Latin countries. These support 5,500 patients of the 33,700 that exist in the region. (Approximately because in the region we do not have real statistics).

We achieved this in a number of ways. Firstly, we encouraged patients to set up their own organizations and support groups. We also launched awareness campaigns, creating documents in Spanish for patients, caregivers and nursing staff, as well as spreading the word about pulmonary hypertension on radio and television. Another aspect of our work has been lobbying to influence health reform legislations, supporting legal efforts undertaken at different levels in Latin America.

Increasing contact with scientific personnel was key, as was the use of social media – we harnessed this to share information from SLHP, patients’ organizations and support groups.

I’m so passionate about this project for personal reasons. I have been a pulmonary hypertension patient for years, and it has completely changed my life. I was about to die. I’m from Venezuela, but had to move to the US to get treatment and medication. I had to return to my home country so social security could help me pay for the very expensive medicines, but I was one of just three that received this treatment – it felt very lonely.

Due to the political climate, I moved back to the US alone, a very difficult move. Thanks to donations medicines were now available – doctors and nurses joined efforts to get medication from people who had passed.

When I found my better half, I was able to access the medication through my significant other’s insurance – my body reacted well, but I felt sad that people needed to do radical things like leaving their family and country to access adequate healthcare.

Creating the SLHP was my way of saying thank you to the community for the donations, support and compassion that I received from many people. We have created a family now to support each other in our Latin American network. I am determined to continue to raise not just awareness of the subject but also improve access to medication. Access continues to be “the great challenge” for patients with Pulmonary Hypertension and also all the rare diseases in Latin America.

This has been a difficult but rewarding spiritual experience, and I now appreciate every single thing in my life.