From 3-6 October, the World Heart Federation was delighted to participate in the 63rd session of the WHO Committee Meeting for the Eastern Mediterranean Region. 22 countries – known as Member States – participated in the meeting, which was held in Cairo, Egypt.

The World Heart Federation (WHF) attended the meeting in order to advocate for improved prevention and control programmes in the region for cardiovascular disease (CVD), and to urge Member States to support national, regional and global policy on rheumatic heart disease.

Following a recital from the Qur’an, the meeting was formally opened by the chair of the 62nd session of the EMRO regional meeting, Dr Ali Saad Al-Obaidi, Minister of Health for Kuwait. He thanked his fellow Member States for addressing widespread challenges at the previous meeting, and urged them to work with WHO to achieve the Sustainable Development Goals.

His introduction was followed by an address from the Regional Director for EMRO, Dr Ala Alwan, who provided an update on key priorities for health development in the region. He drew attention to the need for more humanitarian programmes, as 60 million people in the region are in dire need of health care. He also urged Member States to strengthen prevention and control of NCDs, stating that the four major NCDs are ‘increasing in epidemic proportions in some countries’.

Dr Margaret Chan, Director-General of WHO, echoed Dr Alwan’s comments, noting that the humanitarian situation in the region had ‘deteriorated significantly’ over the past year. She added that escalating conflicts in the region compelled aid agencies to leave, increasing the burden on WHO and remaining partners. She called on Member States to provide humanitarian assistance ‘motivated by compassion, not politics’. However she concluded her statement by praising Egypt for its work in helping to reduce the price of drugs for hepatitis C, which she hailed as a ‘tremendous success story’.

In addition to administrative and budgetary discussions, a number of health issues were included on the meeting agenda. Member States received progress reports on the regional framework for the prevention and control of non-communicable diseases, and they also discussed universal health coverage, health workforce development, air pollution, and strengthening national health information systems to monitor implementation of the Sustainable Development Goals (SDGs).

The World Heart Federation submitted two statements at the regional meeting: the first related to non-communicable diseases, and in particular addressed the high levels of obesity, overweight and physical inactivity in the region. It also highlighted the implementation of interventions from the WHO NCD PEN package as a key step to providing health services in low-resource and fragile settings.

Professor Azza Abul-Fadl delivered a second WHF statement during the session on universal health coverage (UHC), advocating for RHD interventions to be integrated into a package of essential services for UHC. The statement stressed the humanitarian imperative to act – many people living with RHD have poor access to health services – while also underlining the cost-effectiveness of available interventions.

Responding to the statement, Regional Director Dr Ala Alwan thanked the World Heart Federation and the NCD Alliance for their participation, and emphasized the importance of an effective civil society movement in support of Member State Action on noncommunicable diseases.

You can find out more information on the Regional Meeting of the Eastern Mediterranean Region on the EMRO website.
Look out for more updates on WHO Regional Meetings via Twitter, Members’ News and via our website. 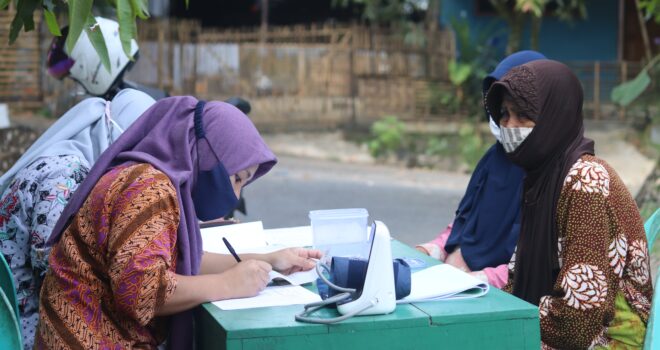