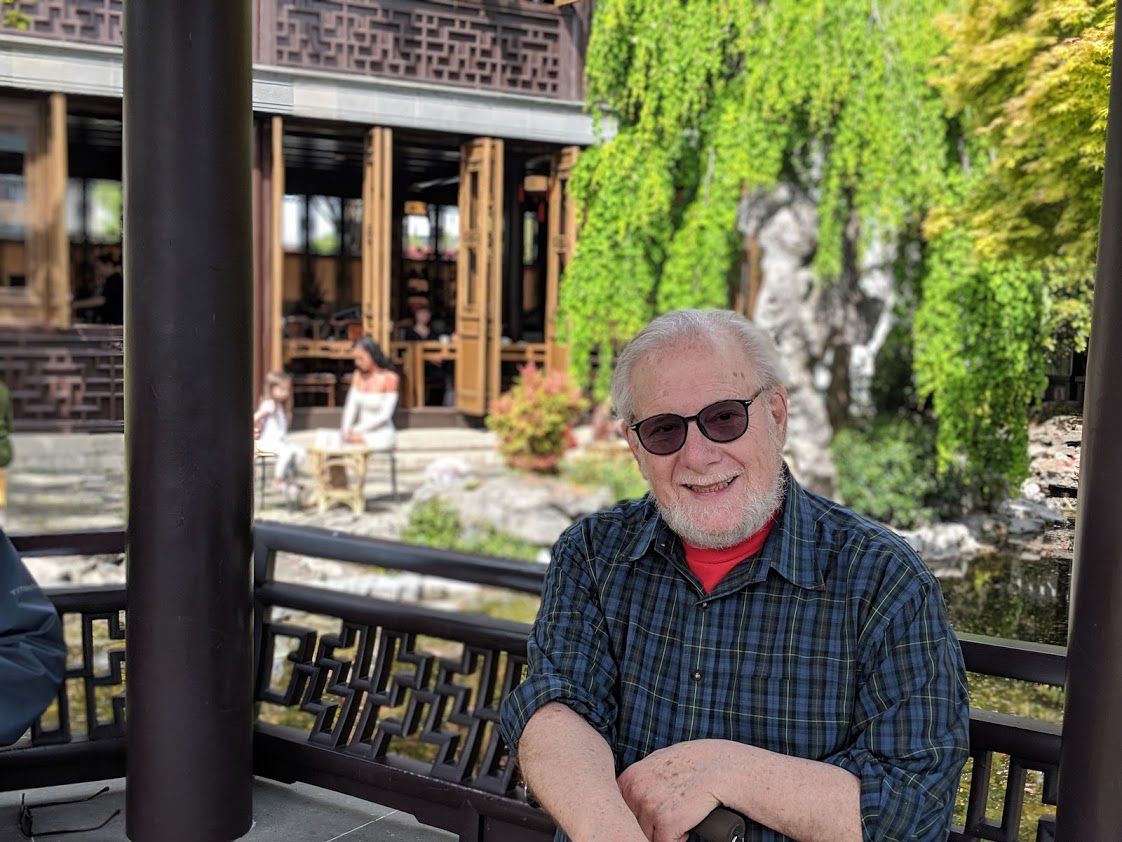 I’m 71 years old. For more than a decade, I experienced all the early indicators of ATTR-CM: bilateral carpal tunnel syndrome (CTS), ruptured biceps tendon, and lumbar stenosis. My first congestive heart failure diagnosis (CHF) was in 2007, but it took another 11 years to learn that my CHF was caused by amyloidosis. The diagnosis could have been made in 2007 if my orthopedic surgeon had known about the link between CTS and amyloidosis (in my case, the wild-type (wtATTR) form of transthyretin amyloid cardiomyopathy, which is not inherited and usually affects men after age 60).

When I received the CHF diagnosis in 2007, I had been visiting an urgent care facility for vertigo–I woke up one morning and the world was spinning. The electrocardiogram machine tracings looked like I was having a heart attack, so they moved me to the emergency room, and hospitalized me for three days while they did a million heart checks–and that’s when I was diagnosed with CHF. Nobody knew why I had CHF–there is no history of it in my family as far as I know. So, of course, I went into instant denial, because I still felt young enough to be “invincible.”

That same year, I had my first carpal tunnel surgery and had begun to have problems walking. I had my first hip replacement that same year, followed by another in 2013. In 2010, I ruptured my biceps tendon while stretching with a resistance band. Right about that time, I also started having shortness of breath. I felt very tired, and my mornings were difficult.

I’d been under the care of a wonderful cardiologist since 2007. But around 2011 I started getting premature ventricular contractions (PVCs). They went from annoying to debilitating in about a year, at which point my cardiologist recommended a cardiac ablation to correct my heart’s rhythm.

This was a missed opportunity to detect ATTR-CM, which can cause the heart signaling problems I had. My first ablation failed, but the second was a major success! My PVCs disappeared, and for a while, I felt better. My heart was pumping better, and I thought I was out of the woods. But that was wishful thinking.

In 2015, I was having problems with sciatica and my legs started to weaken. Increasing balance problems meant I had to walk with canes or crutches. I had a cervical fusion and a lumbar release that year, as well as my second cubital tunnel release and a knee replacement. It was a busy year! But if my doctors had known about ATTR-CM, they might have considered tissue biopsies during these surgeries. Since the surgeon had already entered my heart through my femoral vein to do the ablations, it would have been an ideal time to do a heart biopsy, which is a standard tool used to detect ATTR-CM.

When I look back, I realize now there were many junctures where ATTR-CM could have been suspected. Not just the surgeries, but from ECGs (I had many) and from heart magnetic resonance imaging (MRIs). With my newfound knowledge, I can see there were indications in the tests that were done at the time, but the subtle signs were all missed–even though many tests were done at a first-tier teaching hospital.

Carpal tunnel, biceps rupture, lumbar stenosis (and currently being studied–trigger fingers) are very common for amyloidosis sufferers but not many people make the link. These can be “canaries in the coal mine” for some patients with ATTR-CM and show up years before cardiac involvement can be seen. That’s why I want to spread the message about the link between these conditions and heart disease. Recent pioneering research that screened biopsied tissue in CTS surgery patients found amyloid deposits in several of patients. In this instance, unexpected amyloid heart disease was diagnosed based on orthopedic problems! This may allow for earlier diagnosis and treatment, which can prevent a lot of suffering.

It wasn’t until December 2018 that I got my wtATTR diagnosis, eleven years after the first symptoms. There were so many missed signs. I’ll take some of the blame: I’m sure I never told my cardiologists that I’d had bilateral CTS. So, several good, or maybe great, cardiologists missed the diagnosis, which was finally made in Oregon.

Now I have good days and bad days. By the time I was diagnosed with ATTR-CM it had been years. Even with a correct diagnosis and treatment, I still have to check my pulmonary artery pressure daily and have been hospitalized this year. And this year of course there has been the added concern of Covid19 which has led me to putting off many things, such as a number of tests and therapeutic treatment for my shoulder. When the pandemic hit, I made the decision that I would only leave the house unless it was an emergency or very important, and of course full PPE is key. Most people I’m in touch with with ATTR-CM have been locked down and scared, but I go onto Facebook everyday and try to reassure and help people.

I’ve been lucky as I’m well supported and my condition is stable; my measurements were slightly worse in my last echocardiogram but I don’t feel worse than a year ago. My medical care is outstanding and I’m lucky to be at one of the leading amyloidosis treatment centers in the country. Even with my correct diagnosis and the 11 years that have passed since my CHF diagnosis, knowledge about ATTR-CM is relatively low. Every time I visit the hospital or medical center, I tell anyone who will listen all about this disease. (Also, some who don’t want to listen…)

My promise for World Heart Day and my life goal is to spread ATTR-CM information as widely as possible. We fellow disease sufferers didn’t have to suffer as much as we did. If the disease is discovered in time, treatment may help slow the progression. And, knowledge is the best ammunition in this war.