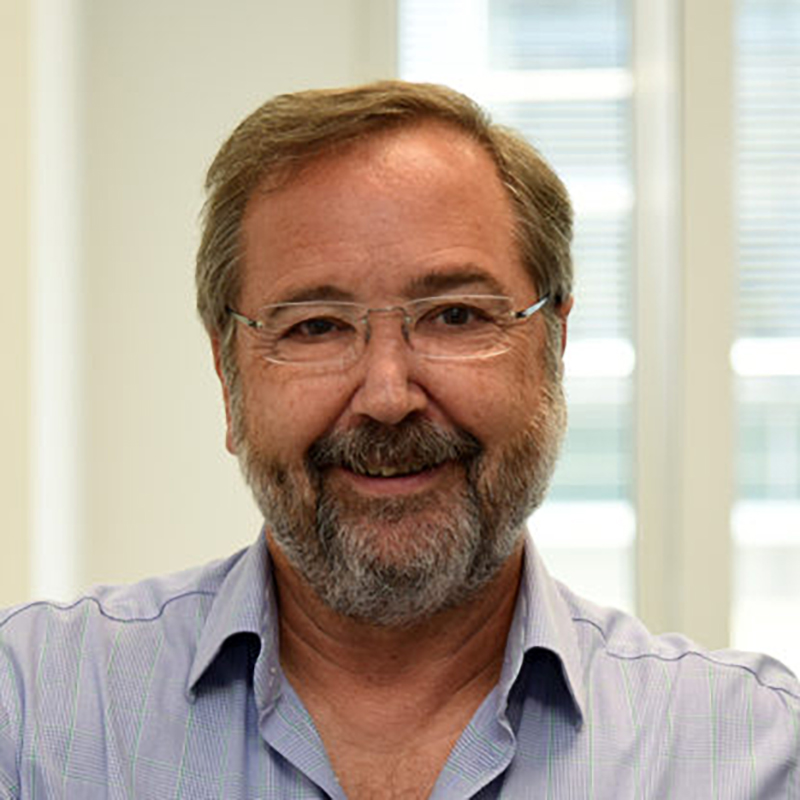 I’m a pharmacologist and studied for my PhD at the University of Tubingen, Germany. There I became motivated by the peculiarities of diabetes and by the number of insufficient therapeutics available at that time. As a PhD student, I was very much interested in digging further into the discipline and afterwards I had the chance to continue this work in the pharmaceutical industry. This is when I had the opportunity to be involved in the discovery and development of a new medication for type 2 diabetes: Repaglinide, a novel insulin secretagogue.

In 1998, I attended the European Meeting for the Study of Diabetes at which the results of the UK Prospective Diabetes Study were disclosed. This study showed diabetes to be a progressive disease and highlighted that the therapeutics available at that time (such as metformin, insulin, thiazolidinediones and sulfonylureas) would not be able to halt the progression of this disease. Since there was a huge therapeutic need, I convinced management to restart research efforts in diabetes within the company Boehringer Ingelheim. We initiated efforts into the DPP-4 inhibitors discovery, which led to the development and successful launch of Linagliptin (currently sold under the brand name Tradjenta). Another successful achievement for us was Empagliflozin sold under the brand name Jardiance, an SGLT2 inhibitor, which we started developing only a few years later than Linagliptin.

At this time diabetes treatment was still all about HbA1c lowering, glucose control, lowering blood sugar levels etc. We knew – and these were also the results of the UKPDS study – that the consequences of diabetes were various, including microvascular, such as neuropathic, renal or retinal, complications. But the biggest cause of mortality in people with diabetes was cardiovascular disease and the UKPDS study could not show benefits for this grim consequence of diabetes. No diabetes treatment was able to show a cardiovascular benefit for the patient.

Even today we have to educate many people, including general practitioners as well endocrinologists and diabetologists, that it is not about HbA1c lowering but about the consequences of the disease.

In 2015, the European Meeting for the Study of Diabetes was held in Stockholm, where we disclosed the results of the EMPA-REG study. I believe this was a landmark study and a turning point in how we treat type 2 diabetic patients today. This research presented a new compound that had not only HbA1c lowering benefits, but also showed for the first time a positive impact on cardiovascular mortality, which had never been seen before. I’m very proud of having started efforts in developing the SGLT2 inhibitor Empagliflozin, which is now helping to save many lives.

We are now investing time and efforts to further study what type of patients would benefit most from the Empagliflozin treatment. This discovery has also opened the field for preclinical scientists as well as clinicians – and can probably be taken as a basis for discovering and developing new medications, not only for type 2 diabetes patients with cardiovascular disease, but also for cardiovascular disease patients in general.

I’m interested to discover two things in the future: first, if a pre-diabetic patient with a high cardiovascular disease risk can be helped earlier rather than waiting until they become a fullblown diabetes patient; and second, if there is a way we can prevent the first heart failure symptoms in a patient with or without diabetes and, therefore, their death from cardiovascular disease. These goals combine in one purpose: to help those at risk of any kind of cardiovascular failure to have a longer life and better quality of life. We are working to get there by broadening the spectrum via testing Empagliflozin in non-diabetes patients with heart failure and through clinical studies which would show the functional consequences of treatment with an SGLT2 inhibitor.

In a few years from now we will have more than 600 million type 2 diabetes patients worldwide. Since most of our patients die from cardiovascular disease, we also know that over 350 million cardiovascular deaths occur due to diabetes. This is a big issue for global societies, not only industrialized countries but emerging ones as well, and we have an urgent need to tackle it. A diabetic patient is at risk of suffering severe consequences from a heart attack and even if they survive the first one, they die from the second and we really want to prevent this from happening.

In science we are always surprised. When we started the SGLT2 Empagliflozin discovery journey nobody expected to find the cardiovascular benefits that we see today. Thanks to this discovery, Empagliflozin has been honoured with the Prix Galien International Award in 2018 [regarded worldwide as the equivalent of the Nobel prize in biopharmaceutical research].